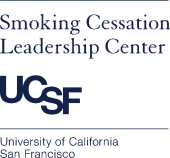 Corinne Graffunder, DrPH, MPH, Director, Office on Smoking and Health (OSH) will retire from the Centers for Disease Control and Prevention (CDC) on March 31, 2020. SCLC thanks Dr. Graffunder for her tireless work in addressing tobacco use in our nation and promoting the benefits of cessation. We wish her all the best!

The official announcement can be found below:

Corinne Graffunder, DrPH, MPH, Director, Office on Smoking and Health (OSH) will retire from the Centers for Disease Control and Prevention (CDC) on March 31, 2020.

Dr. Graffunder joined the CDC in 1987 and has worked for over 32 years to advance global, national, state and local public health efforts.

During her federal career, Dr. Graffunder held leadership positions in the National Center for Chronic Disease Prevention and Health Promotion, the National Center for Injury Prevention and Control, and CDC’s Office of the Director, where she served as the Deputy Associate Director for Policy. She worked with the U.S. Surgeon General and the National Prevention Council, leading the development of the first ever National Prevention Strategy: America’s Plan for Better Health and Wellness. She also worked to strengthen collaboration between public health, health care, and other sectors playing a key role in advancing CDC’s population health priorities.

Dr. Graffunder first joined the Office on Smoking and Health in 1990 working to lay the foundation for today’s National Tobacco Control Program (NTCP). In 2015, she returned to OSH as the Division Director and the following year oversaw the release of the first Surgeon General’s report on e-cigarettes, E-Cigarette Use Among Youth and Young Adults.

In 2019, Dr Graffunder spearheaded OSH’s Year of Cessation to bring attention to the critical role of cessation as part of a CDC’s comprehensive approach to reducing tobacco use. In January 2020, she oversaw the release of Smoking Cessation: A Report of the Surgeon General, the 34th Surgeon General’s Report on tobacco.

Under her leadership, OSH expanded the reach, reporting and use of its domestic and global tobacco surveillance data; extended and amplified the message of the Tips From Former Smokers® campaign; and assisted state and local tobacco control efforts to address persistent tobacco-use disparities and epidemic rates of e-cigarette use among youth and young adults. Most recently, she played a critical role in guiding OSH’s efforts in response to the national e-cigarette, or vaping, product-use associated lung injury (EVALI) outbreak.

CDC’s Office on Smoking and Health