SCLC's webinar series is integral to the technical assistance provided by the SCLC. Nationally recognized smoking cessation experts offer the latest information related to smoking cessation (including effective interventions) for the general and the behavioral health populations.

The Goals of SCLC’s Webinar Series:

Flavio Casoy is the Medical Director for Adult Community Services and Managed Care in the New York State Office of Mental Health. He completed college and medical school at Brown University in Providence, Rhode Island, general adult psychiatry residency at the University of California, San Francisco, and a fellowship in public psychiatry at Columbia University.

Susan Friedlander, LCSW is the director of Community Integration and Wellness Initiatives at NYS OMH’s New York City Field Office. She received her B.A in Political Science from Kenyon College and her M.S.W. from New York University. Susan has broad experience in the mental health field and has worked as a practitioner in clinics, inpatient hospitals, and psychiatric rehabilitation programs. In 1993, she began her career with the NYS Office of Mental Health where she developed innovative interactive television programming at South Beach Psychiatric Center and later joined the NYC Field Office as part of the Assisted Outpatient Treatment team.

As a former tobacco user, she is passionate about assuring that people who participate in mental health services have access to stagewise tobacco interventions which support recovery and community inclusion. She provides training and technical assistance to OMH-licensed programs and collaborates with a variety of behavioral health organizations to support successful tobacco interventions. Susan is the lead developer of “Crushing Cravings”, a 12-session residential curriculum for tobacco users in pre-contemplation. She is currently adapting this approach for inpatient and clinic settings and is also actively working on integrating tobacco content in training curricula for Peer Specialists.

Ms. Smalling is the Chief Executive Nursing Officer for the New York State Office of Mental Health (OMH) and a registered nurse with more than 27 years of clinical, administrative, and public health nursing experience

Since joining the OMH Executive Team, Ms. Smalling is providing nursing leadership to address nursing issues systemically, ensure the presence of a nursing voice in policy making and working collaboratively with the Chief Medical Officer and the Executive Leadership Team to set the agencies strategic policies and plans. As the Chief Executive Nursing Officer for State Operations and Community Health, Ms. Smalling provides leadership and consultation to the 24 Chief Nursing Officers at OMH facilities; specifically, to drive the professionalization of the nursing workforce and actively promoting the dissemination of evidenced–based clinical nursing practices system wide.

Ms. Smalling leads several major OMH mission critical initiatives to improve the quality of mental health care and address the physical health needs and outcomes for individuals living with a serious mental illness. Ms. Smalling led the successful implementation of Tobacco-free campus-wide policies on 21 of the 23 OMH State Operated Psychiatric Hospitals, and is a lead member of OMH Tobacco Steering Committee, leading strategies to drive TUD treatment, including uptake on the use of FDA medications to treat TUD throughout OMH inpatient units and clinics. Ms. Smalling is a member of a long standing partnership between NYS OMH, DOH Tobacco Control, OASAS, NYSDOHMH and NYSPI Center for Practice innovation, implementing strategies to drive the dissemination of evidenced based practices to treat TUD, to reduce the incidence of smoking in the population of individuals living with a serious mental illness(SMI). She collaborated with DOH-OHIP on getting approval for the Medicaid expansion of TUD benefits.

Ms. Smalling has a Bachelor of Science degree in Nursing from The Sage Colleges, a Master of Science in Nursing from Excelsior College and currently pursuing a Doctor of Nursing Practice (DNP) degree. She is a member of the American Nurses Association, American Psychiatric Nurses Association, the Northeast New York Professional Nurses Organization and the Sigma Global Nursing Excellence, Tau Kappa at-Large Chapter. Several awards include Psychiatric Nurse of the Year, North Central Bronx Hospital, Albany Common Council 2019, 10th Ward, Black History Month Honoree and on March 7, 2019, she was awarded the NYS Empire Star Public Service Award for exemplifying the highest standards of public service.

Kim Bayha, CTTS is the Tobacco Prevention & Control Program Supervisor at Mecklenburg County Public Health in the Office of Policy & Prevention, where she oversees comprehensive tobacco control efforts in a large urban community (Charlotte, NC). She has a Bachelor of Science degree in Public Health from UNC-Chapel Hill’s Gillings School of Global Public Health and has over 30 years of experience in public health education programs in community, governmental and school settings, with expertise in tobacco prevention and control and an emphasis on policy, systems and environmental changes. In 2017, Kim became a certified tobacco treatment specialist (CTTS) with national certification in tobacco treatment practice. Prior to joining Mecklenburg County in 2014, Kim managed tobacco control efforts in Union County, NC through the health department and for the school system as the Manager of the Tobacco Reality Unfiltered (TRU) youth initiative.

Stephanie Gans LCAS, MSW, NCTTP leads the statewide effort to eliminate tobacco-related health inequities among North Carolinians with behavioral health conditions at the NC Division of Public Health Tobacco Prevention and Control Branch. This collaborative effort resulted in NC DHHS requiring Medicaid-managed care plans to ensure that most contracted providers had tobacco-free campuses by December 1st, 2022. She provides statewide expert training and technical assistance to promote evidence-based tobacco use treatment and QuitlineNC in medical and behavioral health settings. Prior to working in public health, Stephanie worked in community-based behavioral health settings in medication-assisted treatment and with people with severe and persistent mental illness.

The Epidemiology and Treatment of Smoking in People with Mental Illness

Reader at the University of Bath

Dr Gemma Taylor is a Reader at the University of Bath, and a Cancer Research UK Population Researcher Fellow. Gemma is an epidemiologist and behavioural scientist, and her research covers three main areas: 1) disentangling the causal nature of the association between smoking tobacco and mental health, 2) identifying intervention targets using experimental and epidemiological methods, and 3) co-design and testing smoking cessation interventions for use in NHS psychological services. Gemma's expertise are evidenced by prestigious awards from BMJ, Welcome Trust, International Society for Behavioural Medicine, Society for the Study of Addiction, and the UK Society for Behavioural Medicine. Gemma has also published her academic research in peer-reviewed journals including BMJ, Lancet Psychiatry, International Journal of Epidemiology and the Cochrane Database of Systematic Reviews.

Access this by clicking on the "More Information" link of the webinar you have completed. Questions or concerns, please email Jennifer Matekuare at [email protected]. 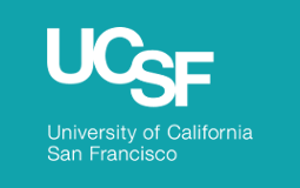 The University of California, San Francisco (UCSF) School of Medicine is accredited by the Accreditation Council for Continuing Medical Education to provide continuing medical education for physicians.
UCSF designates this live activity for a maximum of 1.5 AMA PRA Category 1 CreditsTM. Physicians should claim only the credit commensurate with the extent of their participation in the webinar activity.

For the purpose of recertification, the American Nurses Credentialing Center accepts AMA PRA Category 1 CreditsTM issued by organizations accredited by the ACCME.

The National Commission on Certification of Physician Assistants (NCCPA) states that the AMA PRA Category 1 CreditsTM are acceptable for continuing medical education requirements for recertification.

The California Board of Pharmacy accepts as continuing professional education those courses that meet the standard of relevance to pharmacy practice and have been approved for AMA PRA Category 1 CreditsTM. If you are a pharmacist in another state, you should check with your state board for approval of this credit.

The California Board of Psychology recognizes and accepts for continuing education credit courses that are provided by entities approved by the Accreditation Council for Continuing Medical Education (ACCME). AMA PRA Category 1 CreditTM is acceptable to meeting the CE requirements for the California Board of Psychology. Providers in other states should check with their state boards for acceptance of CME credit.

University of California, San Francisco School of Medicine (UCSF) is approved by the California Association of Marriage and Family Therapists to sponsor continuing education for behavioral health providers. UCSF maintains responsibility for this program/course and its content.

Course meets the qualifications for 1.0 hour of continuing education credit for LMFTs, LCSWs, LPCCs, and/or LEPs as required by the California Board of Behavioral Sciences. Provider #64239.

The UCSF Office of Continuing Medical Education is accredited by the California Consortium of Addiction Programs and Professionals (CCAPP) to provide continuing education credit for California Addiction Counselors. UCSF designates this live, virtual activity, for a maximum of 1.0 CCAPP credit. Addiction counselors should claim only the credit commensurate with the extent of their participation in the activity. Provider number: 7-20-322-0722.